Recently, I oversaw a project at Mesa College in San Diego, which involved a partnership between our Fashion students, the Mesa African Art collection, and Visions Art Museum in San Diego Liberty Station.

There were several aspects to the project, but the final activity was a fashion show featuring African-influenced clothing. Many of the garments came from my Textile Design students in my Fall semester class. I decided that I too needed to get involved, and so embarked on two different design projects. In this blog, I’ll share the first with you.

My source of inspiration was a piece of carved wood. Sad to say, I don’t know future details, only that I took the photo while we were visiting the artifact collection.

Since the original wood piece was rounded, I had to use Photoshop to straighten it out a bit.

I wanted the garment to be relatively simple, free of internal structural lines, so that the wood imagery would be seen as it was designed.

Below is the pattern I settled on. This was taken from a top I own that I purchased in Japan.

In Garment Designer, I set the page size to be the size of the pattern, and then saved the pattern as a PDF.

Then.. on to Photoshop.

There I opened the large pattern pieces (each on a separate page), and I brought them together into one document. The width of this document was set up to the width of the fabric I wanted to print on (which was a polyester chiffon, 58” wide).

Working between the imagery document and the Garment Designer pattern document, I used Selection tools, and copy/paste to bring the images in.  I orchestrated a border effect on the bottom and stretched the imagery to fill the space above. You can see the results below.

Once I had the layout ready, I threw in some variations of the pattern off to the side of each pattern piece, so I would have fabric to trim the neckline and armholes during the sewing process.

The next step was to upload to Spoonflower in North Carolina.

And then to wait until the fabric arrived, which of course was only a few days before the fashion show… so time to sew!!

One of the beautiful things about engineered design, is that you don’t ever print a paper pattern. Instead, your fabric arrives with the garment piece all laid out and ready to cut. Here is my fabric just before cutting.

I used some of the trim areas to make the binding for the neckline and armholes. These were cut on the bias and applied to finish the edges. The most challenging part of the construction was sewing chiffon on a bias grain. I simply serged the edge, pressed it under and top stitched it in place, attempting to have minimal handling.

The garment was complete, and ready for the show.

I only have one shot from the show, a rear-view, but as you can see, it was modelled.

So, another ‘done’ project. I love to have a motivator (such as a fashion show) which gives me the reason to move ‘To Do’ items up the list of priorities.

And I course, I love Garment Designer. It is such a creative tool; I can do most anything with it and in very short order, and of course, because it knows my body measurements, I never have to alter. Can life get any better?

Creativity with a Pieced-Fabric Approach to Garment Design 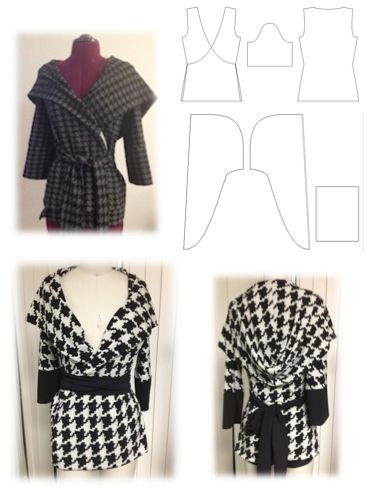 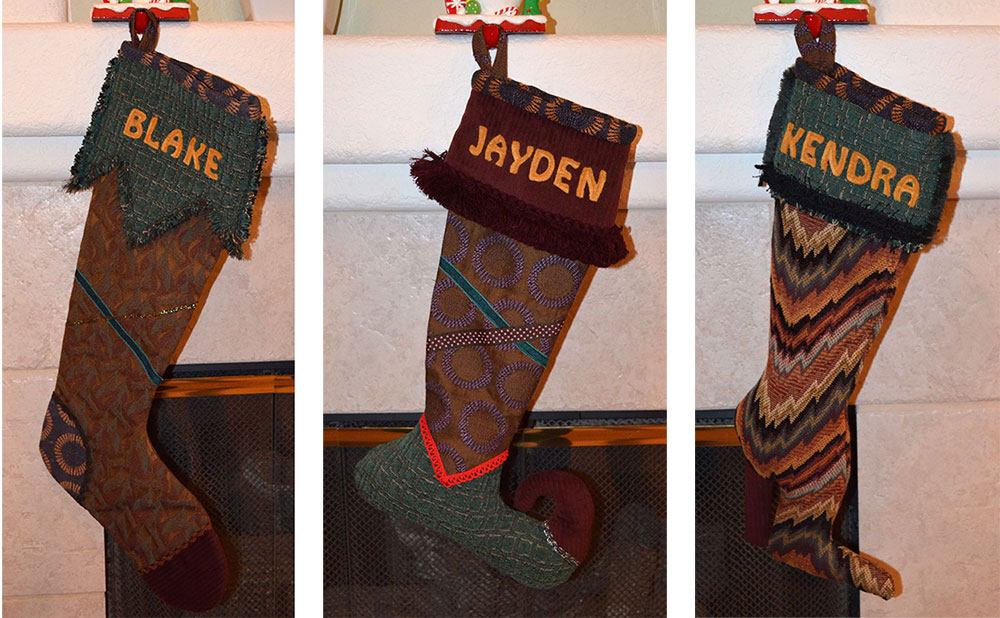 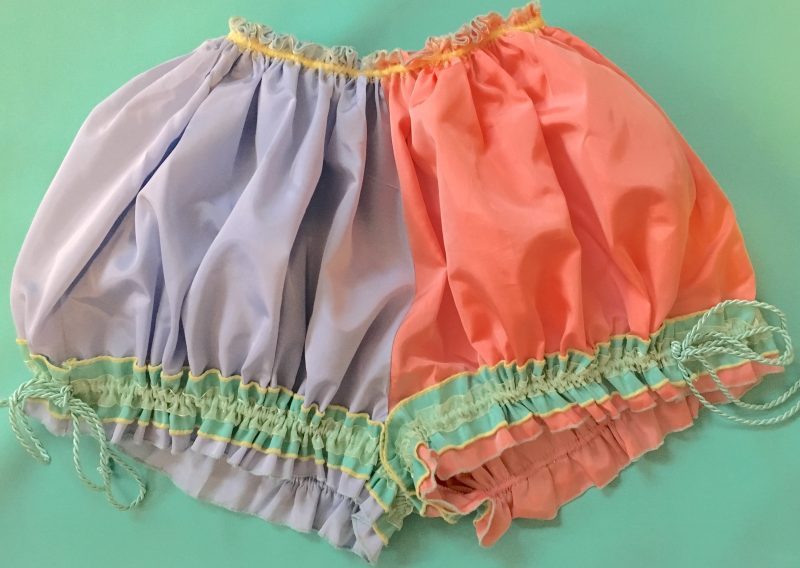 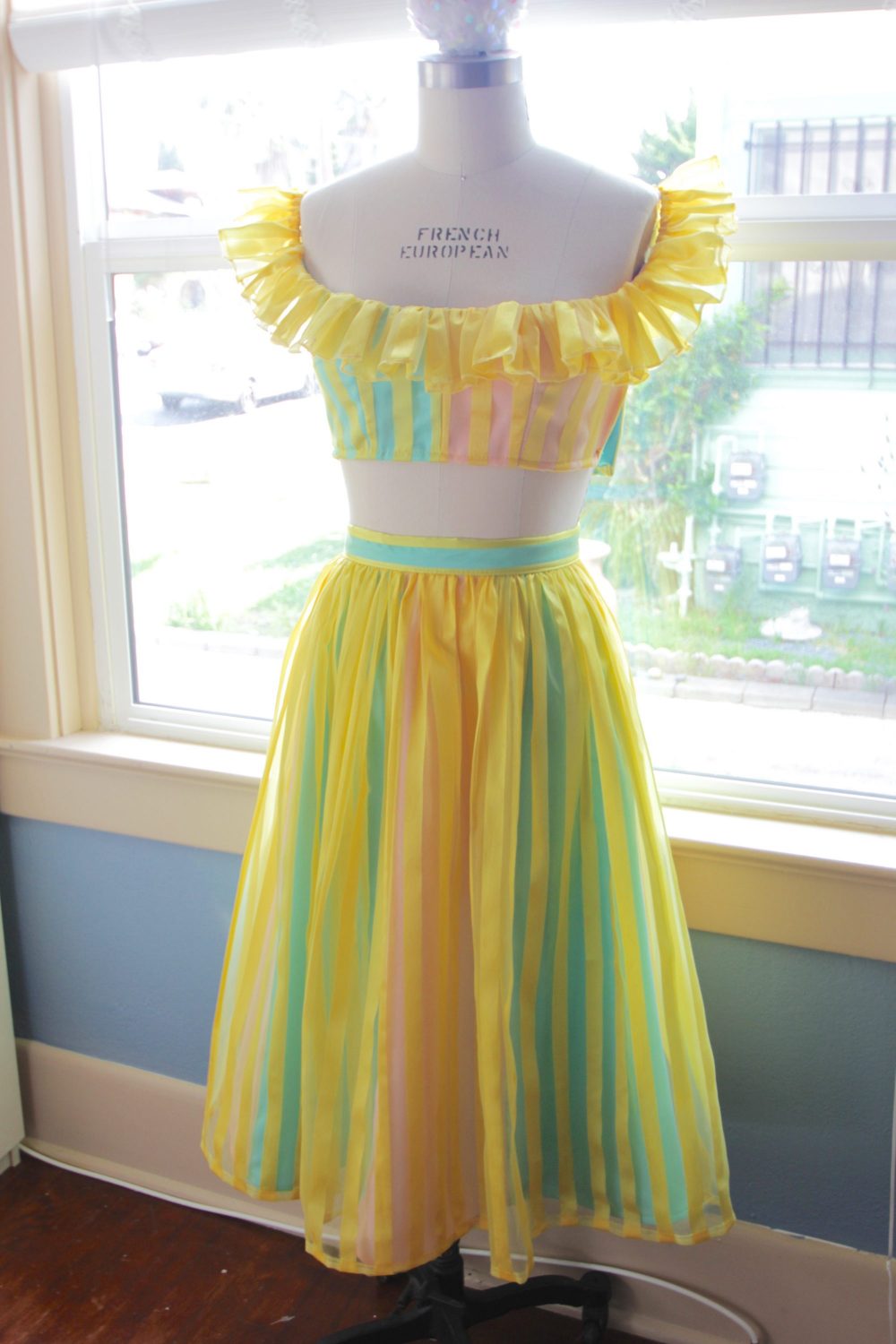 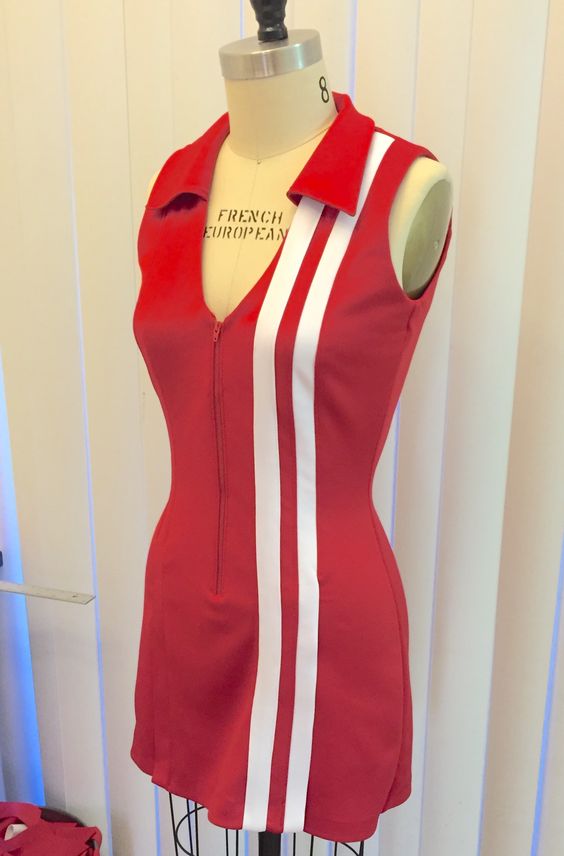 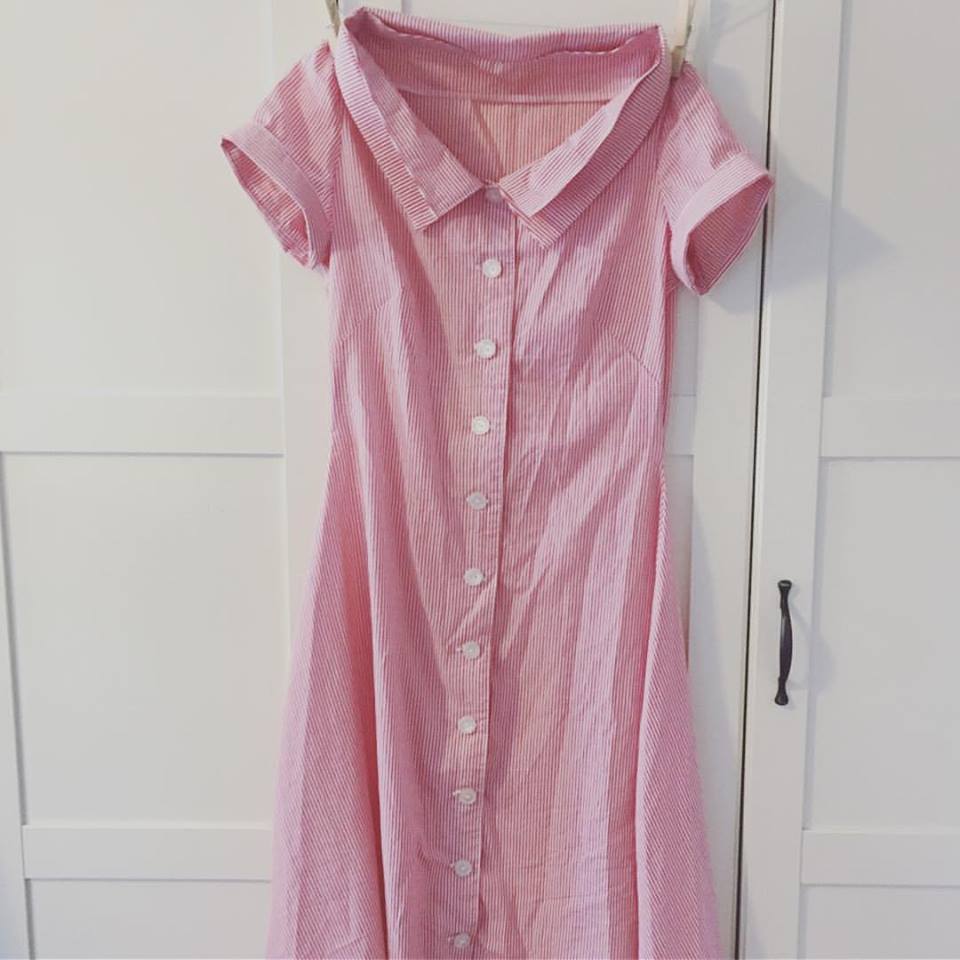 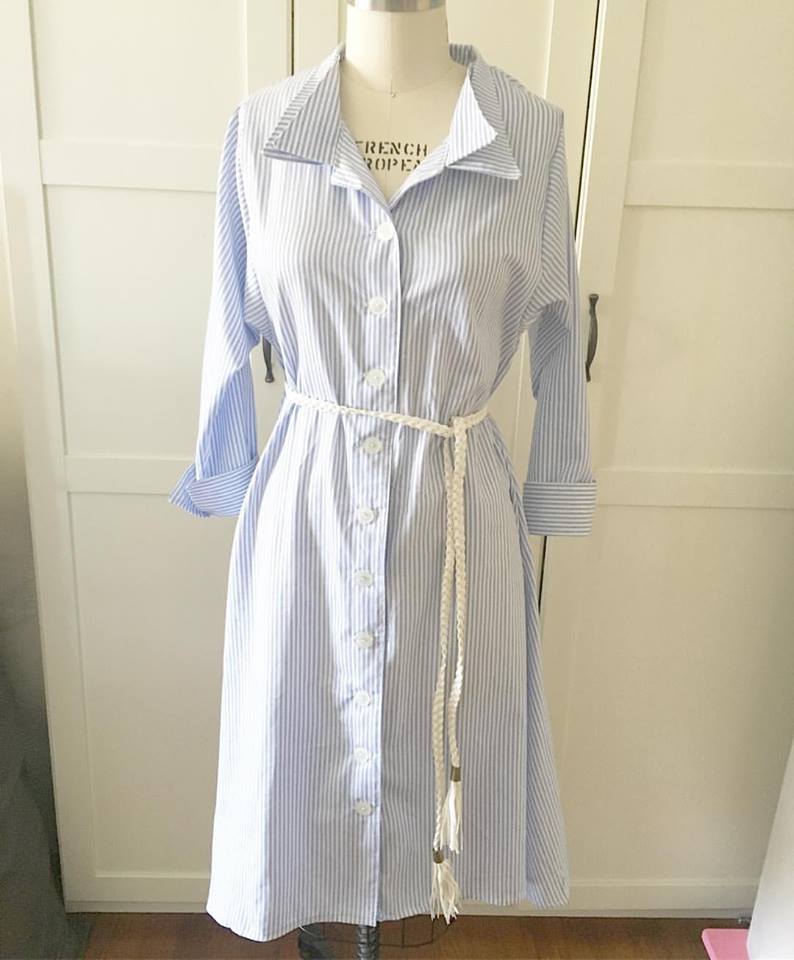 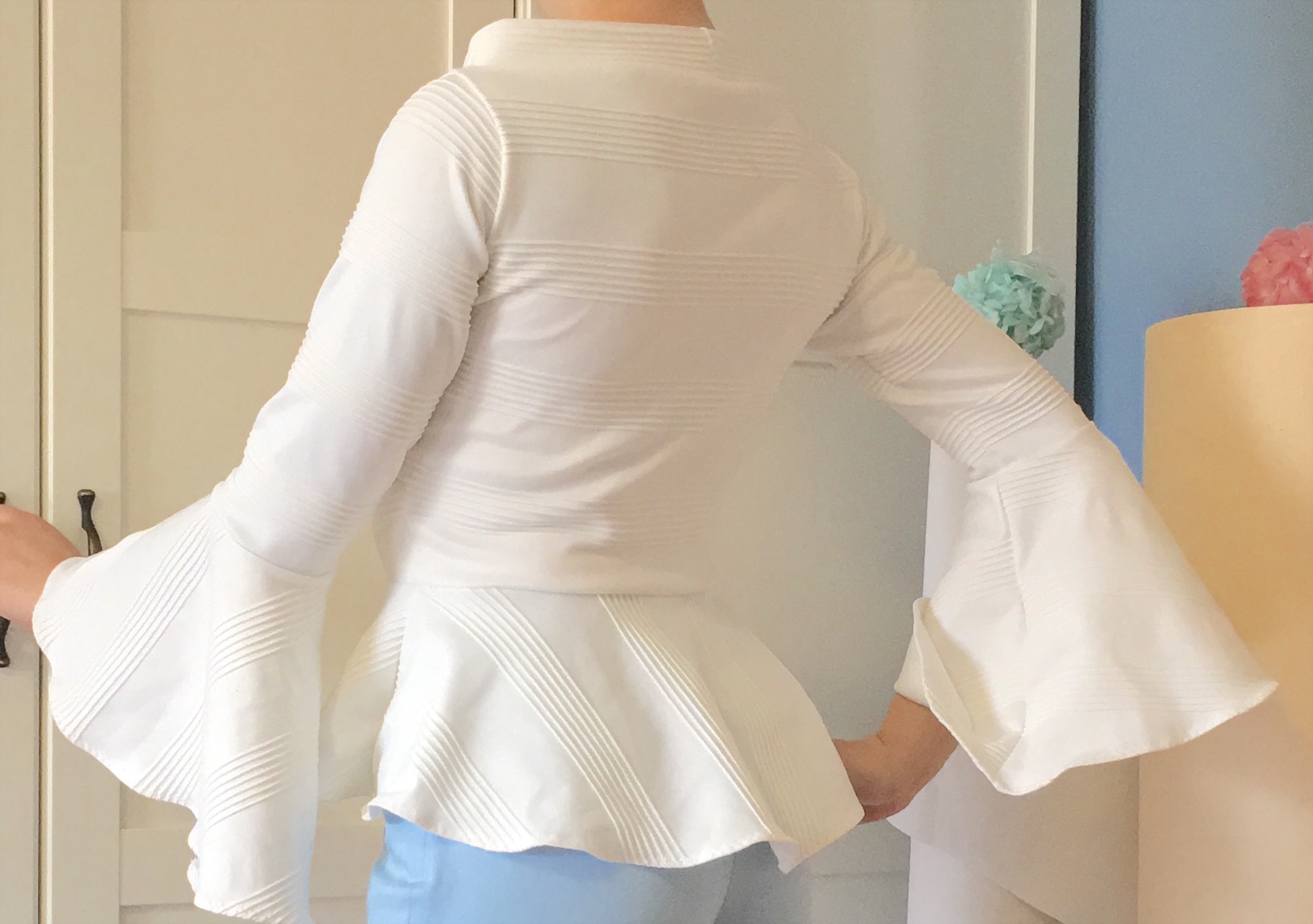 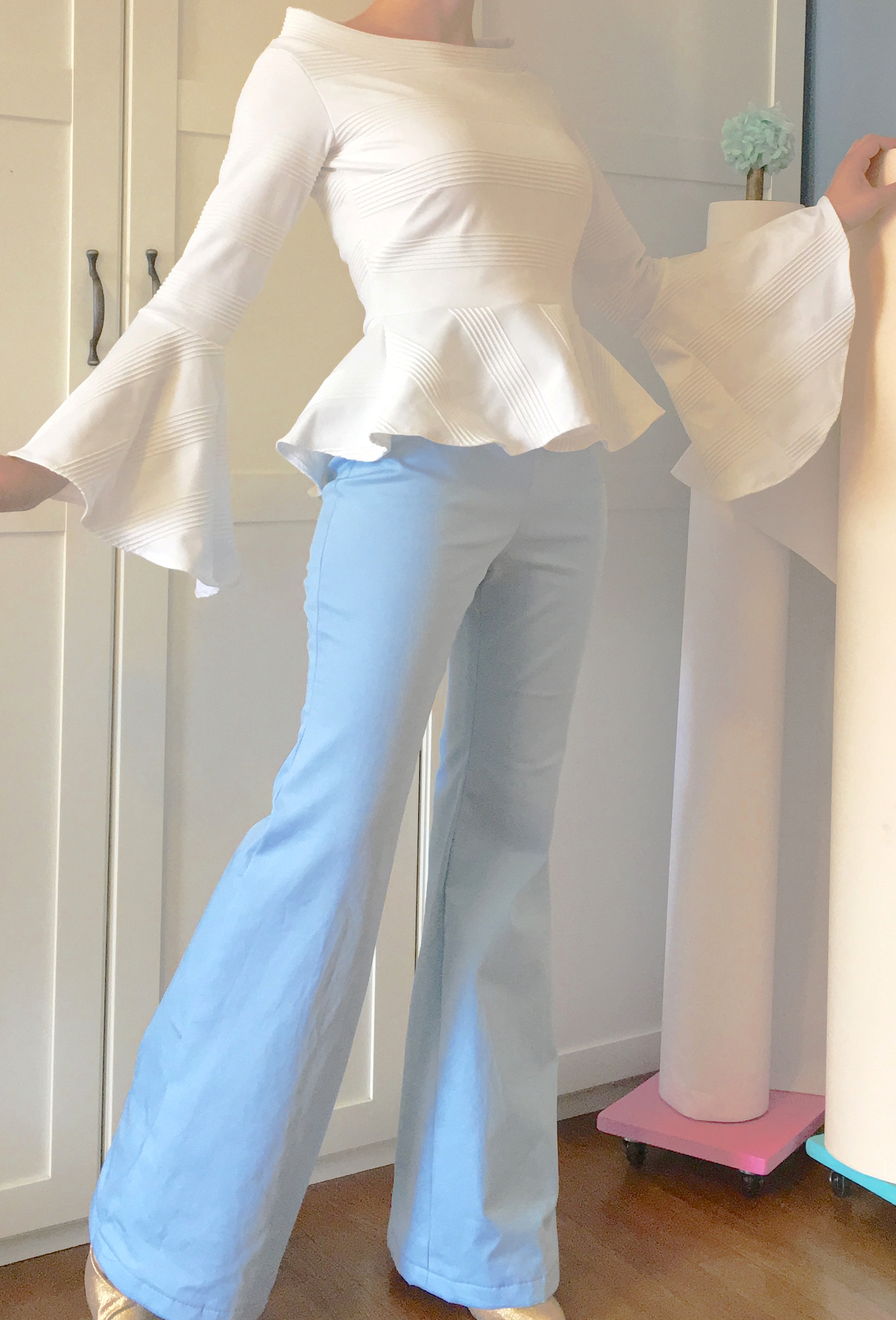 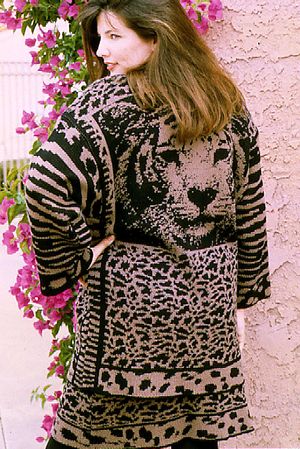 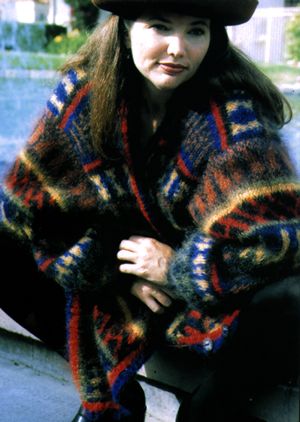 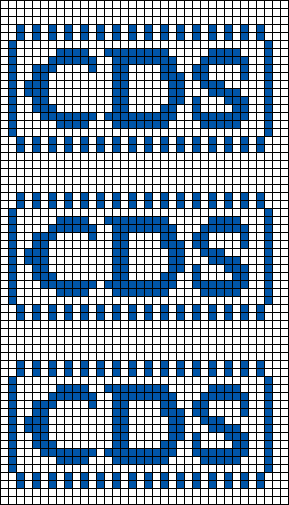 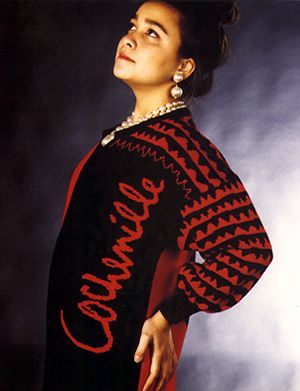 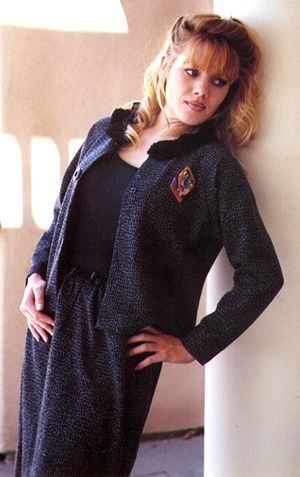 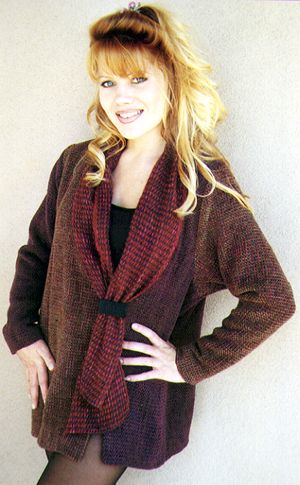 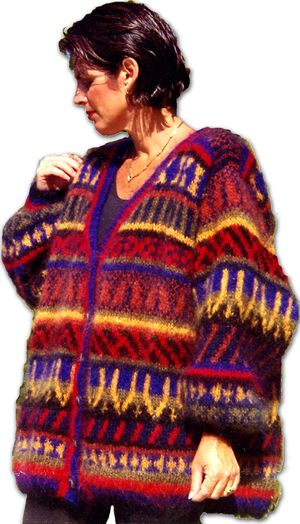 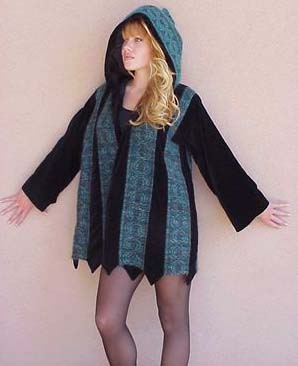 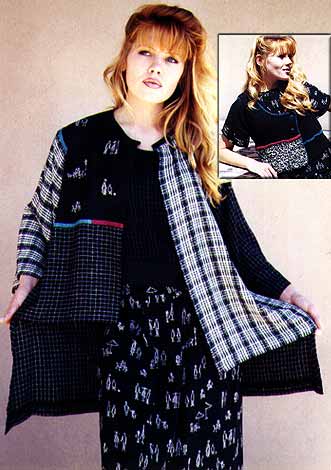 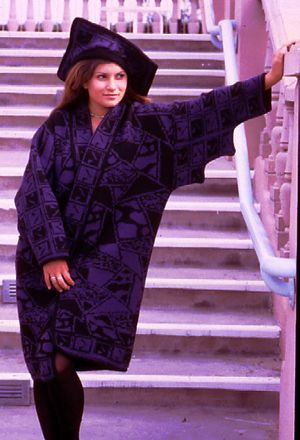 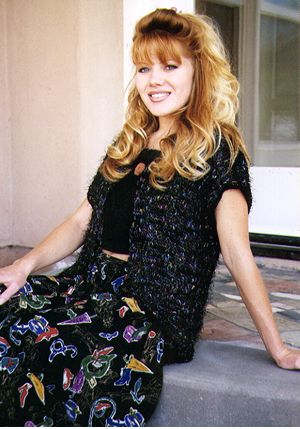 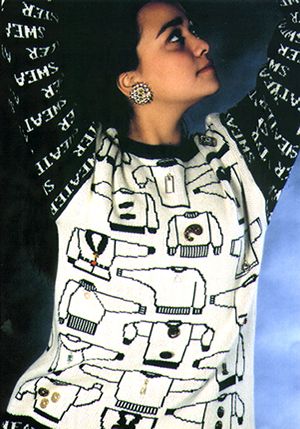 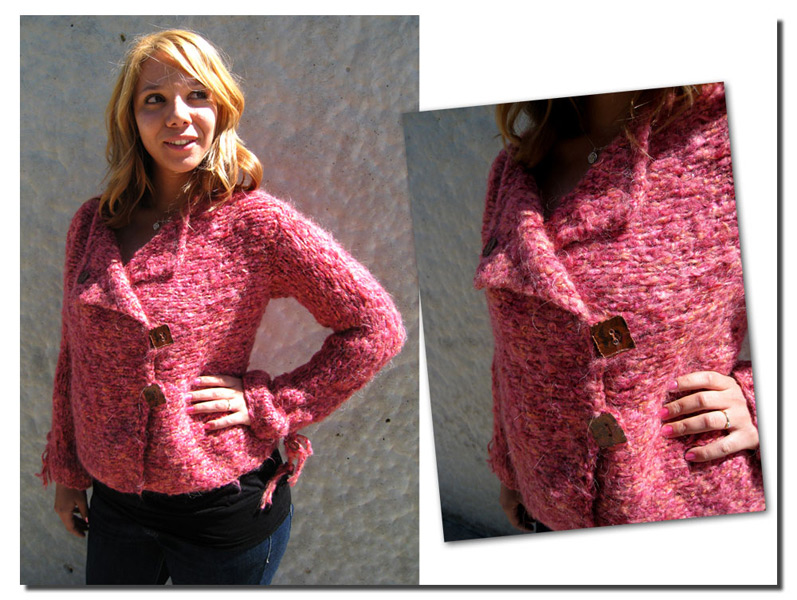 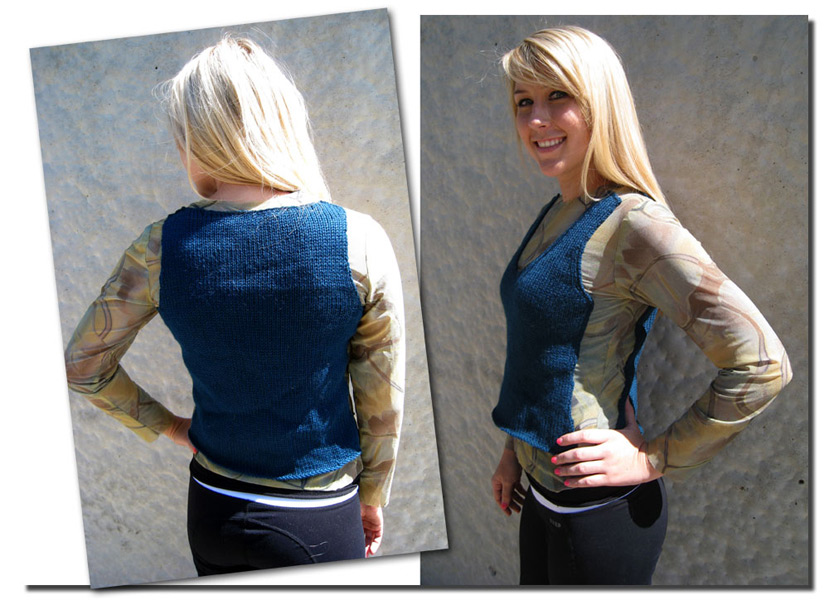 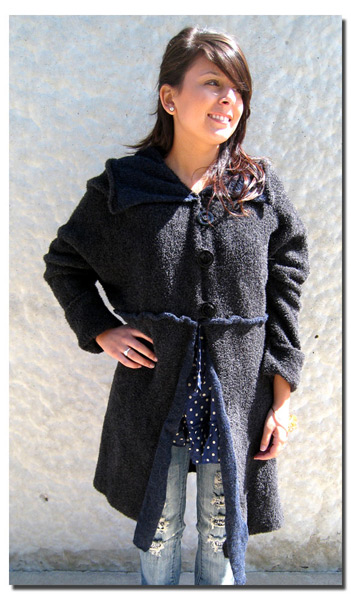 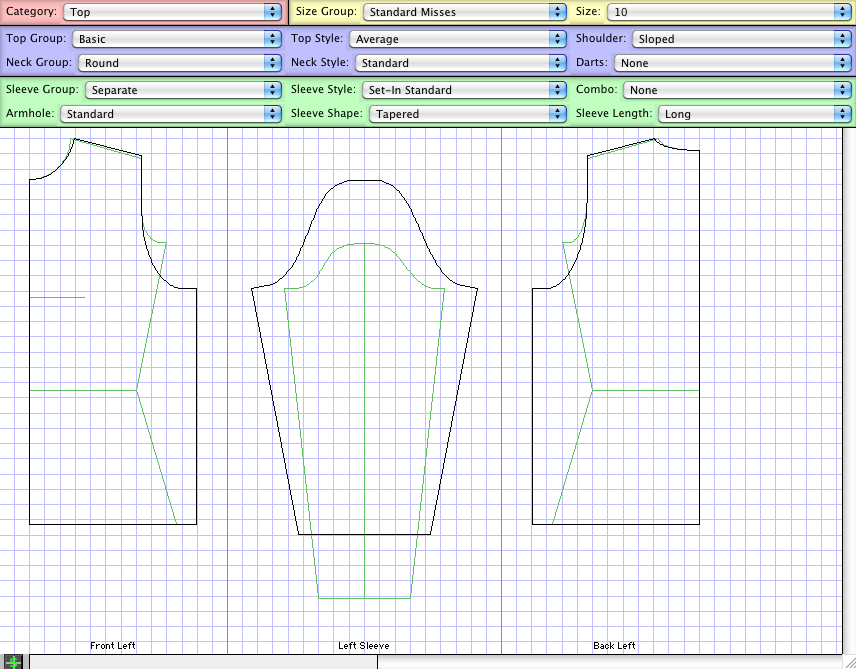 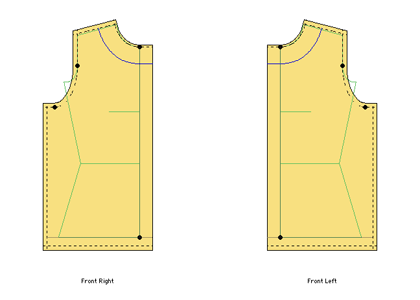 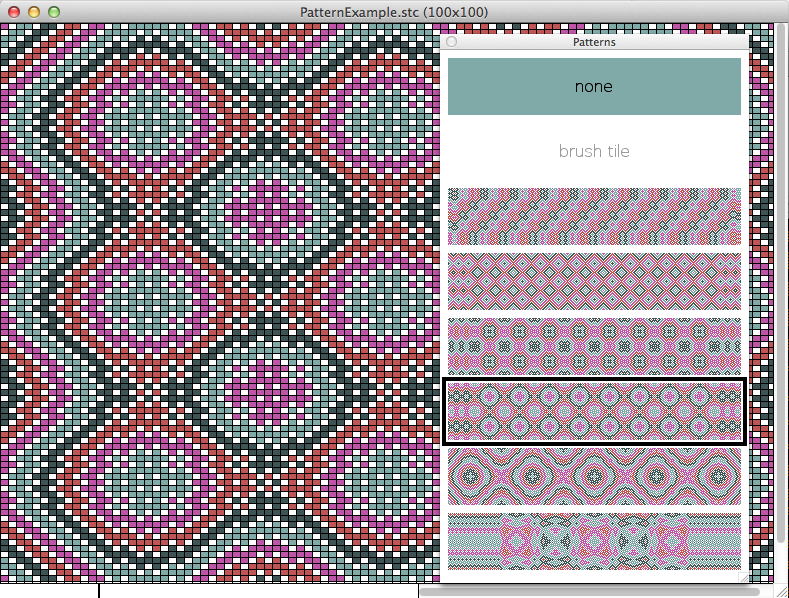 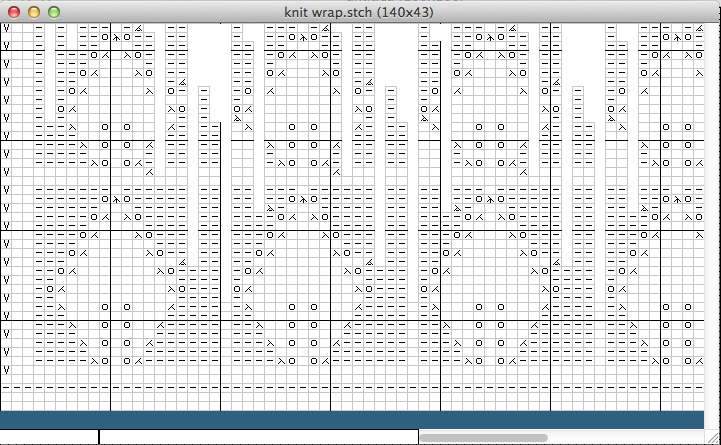 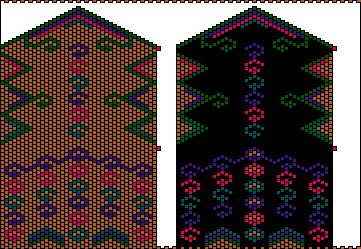 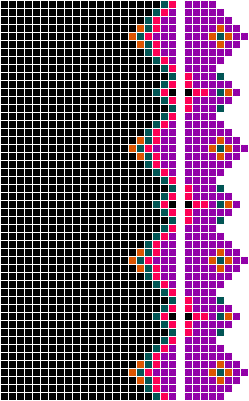